Preparing your trip to Anaheim: advices & hints - things to do and to obey 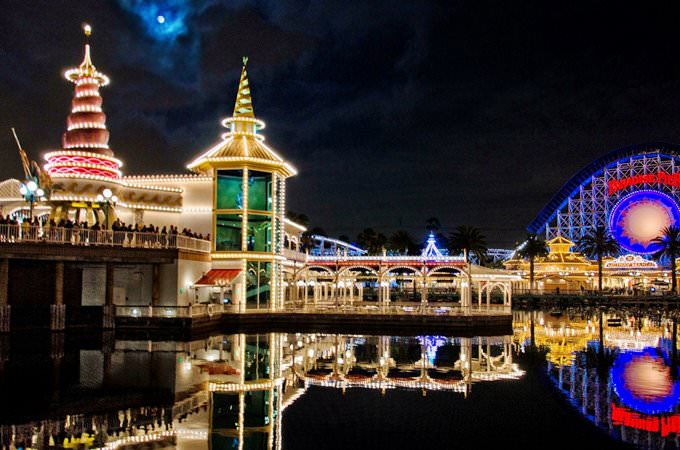 1. Local restaurants, markets and shops accept payments in U.S. dollars only. Canadian dollar is the second accepted currency. Money is better to be exchanged in bank branches, which are open daily from 9:00 to 17:00. Sunday is a day off.
2. Non-cash payment system is very widespread in the city. In shopping centers, cinemas and supermarkets visitors can pay by such credit cards as Visa, Diners Club, Mastercard, American Express, Plus, Cirrus, Discover, Maestro, and cards by other international banks. They are accepted even in shops and hotels located in the suburban areas of Anaheim.
3. ATMs in the city can be found next to each shop or a public institution. However, you should be careful cashing out your money, because many ATMs may charge a large commission.
4. Tourists are not recommended to make a walk to the remote areas of the city. As a rule, there are many street robbers there, even in the daytime. Also, do not use the services of private drivers. If you want to travel around the city, it is best to call a taxi.
5. You shouldn’t also leave valuable items unattended in your hotel room. It is better to lock them in a safe or deposit at the reception. Copyright www.orangesmile.com
6. When you plan to make a walk, make sure you bring a notarized copy of your passport with you. The reason is in case of any event, other problems or accidents the first thing the police will ask you to do is to show your identification documents. Local residents can carry a driver's license, but visitors are obliged to show a passport.
7. Those, who expect to travel by car, should also follow basic rules of caution. Do not pick up travelers on the roads and do not select small deserted roads - it may be not safe.
Excursion over cultural sights of Anaheim - 'must visit' points of interest
Numerous parks, recreation centers and sports complexes are the main attractions of Anaheim. There are not so many historic sites and monuments in the city. The best way to learn the history …

Open
8. It may sound strange, but you should not show signs of interest or appreciation to local women. Holding a door or giving a hand to a lady coming out of a car can be the reason for wrath - many of the local residents adhere to strict "feminist rules".
9. The city’s government keeps fighting against all manifestations of terrorism, so travelers are prohibited from taking photographs of subway stations, bridges and other important objects.

Preparing your trip to Anaheim: advices & hints - things to do and to obey You can re-publish this content with mandatory attribution: direct and active hyperlink to www.orangesmile.com.
Anaheim - guide chapters 1 2 3 4 5 6 7 8 9 10 11 12 13

What to visit being in Anaheim - unique sights Distance from Anaheim center - 2.8 km.
Now anyone can become a member of the club. For this it is enough only to pay an entrance fee in the amount of 10 to 30 thousand US dollars. After paying the fee, you must wait 14 years for your turn, according to the rules of the club, the lump sum of its members can not exceed 487. Also, all applicants for membership in the club should take into account that they will need to pay an annual fee of three to six thousand dollars. So you will not succeed to visit a closed elite institutionjust like that. Even if you are puzzled by the goal to join the club tomorrow, you will not be able to step over it until 14 years later. … Read further Distance from Anaheim center - 39.4 km.
Even before this tragic event, the mansion had attracted hundreds of curious people who wanted to visit the attic, but none of visitors could hold in a mansion even a couple of hours. Hickman Whittington organized a real museum on the roof of his house; he charged fee for the opportunity to spend a night in the attic. There were many of those wishing to spend a night in jail for former slaves, about 150 people. All of them suddenly noticed surging fear and muzz making them leave a scary place after some time. Currently, the Crenshaw House belongs to state authorities. Since 2003 it’s closed to public access. … Read further

City tours, excursions and tickets in Anaheim and surroundings

Tips for the cities around Anaheim

Los Angeles
3. A bicycle is a popular way of transportation among city residents however cycling some city districts can be rather challenging. The most popular bicycle rental centers are considered to be Metro Rail ones. 4. Cruising the city is better with expert tour guides. The reason is that the important sights and landmarks are scattered around the city. Driving from one point of ... Open »
Hollywood, CA
3. The main form of public transport is the bus, the subway line connects Hollywood with Downtown. Vacationers should keep in mind that public transport only runs during the daytime. It should also be taken into account that some underground stations are located quite far away from attractions and tourist quarters. 4. It is very convenient to travel by car, and cheap car ... Open »
Santa Monica
3. At weekends local shopping centers and entertainment establishments are rather crowded. Those tourists tending to a quiet hiking through the city being armed with a camera should better undertake a trip during weekdays. Tickets for various events and museums are recommended to be bought in advance. 4. Smoking as well as alcohol consumption is banned on local beaches. ... Open »
San Diego
3. Renting a car is a recommended service for those tourists planning trips into suburbs of the city as cruising the city by car is rather challenging due to great traffic jams on the roads. To rent a car one will need a standard set of documents. Tourists having less than a year of driving experience may be denied in service rendering. 4. Tourists should be careful during San ... Open »
Santa Barbara
3. The resort city of Santa Barbara features mild and favorable climate all the year round. Beach recreation fans will have an equally good time with sun bathing and swimming as in July so in January. However evenings at the seaside are rather cold that is why evening hiking enthusiasts should have some warm clothes. 4. The city offers its guests to visit numerous interesting ... Open »

Travelling to Anaheim - advices and tips. What should be provisioned in advance, the rules you might want to follow, and the things you better avoid doing in Anaheim. We help you to make your trip smooth and easy, with no unexpected surprises.